As part of the e-conomic Company Days 2012, we decided to organize our very first e-conomic Hackathon.

For the event, competing teams consisting of developers, marketing managers, supporters and others were given a full day – starting at 8am and ending at 12 midnight – to see who could come up with the most valuable improvements to the e-conomic application.

Collaborating, competing and being creative
Our main objective with the Hackathon was to encourage people to:

All teams put in their very best efforts, with a lot of hectic activity all day, and especially leading up to the midnight deadline. 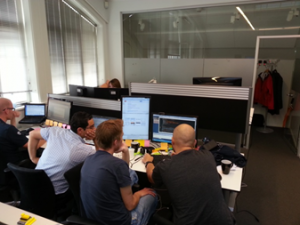 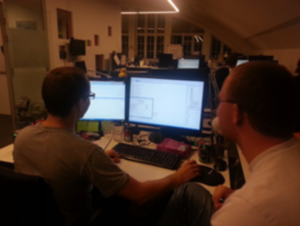 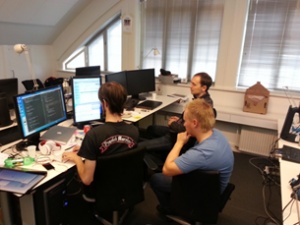 Presenting new ideas
Following the Hackathon day itself, the teams presented their ideas for improvements to their colleagues and a panel of our product and market experts. We were very impressed with the different ways and approaches the teams had selected to come up with suggestions for improvements, as well as with the overall quality of the ideas presented.

Deciding on a winner was going to be tough. 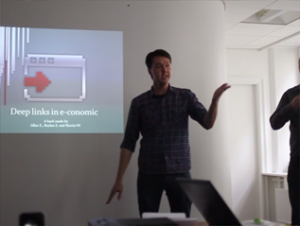 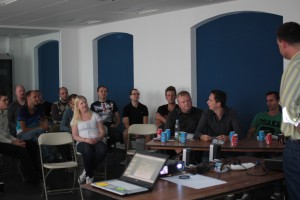 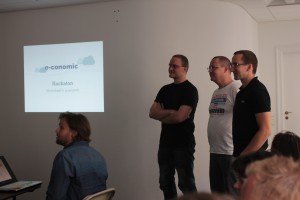 Lots of valuable improvements
In the end, we did manage to pick just one winning team. But while we had only expected perhaps one or two suggestions to make it into our product before the event started, we are now in the process of implementing a lot of suggestions from a number of different teams.

Some improvements are more ready for release than others, but many of the ideas from the Hackathon will be implemented through our regularly released Market Packages over the coming months. This will include zooming on scanned documents, setting up discounts on customers and customer groups, sending invoices directly from ledger cards, an Invoice column in the day book, drilldown on reports, plus speed improvements when entering data and loading pages.

Meet the winners
The winning team is pictured below: Dorthe, Pilar, Jonas and Alexander, with CEO Torben Frigaard on the left.

Recurring event
The Hackathon was a great success for everyone – the team members, the company and ultimately, our customers – and we’ve already added this event as a stable of the e-conomic Company Days going forward. So stay tuned for more valuable hacks next year.